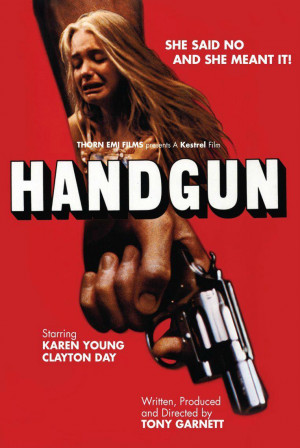 Shortly after moving to Dallas, a young woman is raped at gunpoint. Her intense anger drives her to seek revenge, and she becomes a hunter on a vengeance mission.

Deep in the Heart

British director Tony Garnett's American film debut is a tale of revenge that criticizes American gun culture. Karen Young plays Kathleen Sullivan, an idealistic Boston educator who travels to Texas to teach. In her new home town she meets Larry Keeler (Clayton Day), a handsome lawyer who is obsessed with guns. On their first date together, things seem to go swimmingly, but on their second date, Larry brings his gun along and Kathleen finds herself raped with a firearm pointed at her head. Kathleen becomes consumed with vengeance; she learns how to handle a gun, becomes a crack shot, and goes forth to seek revenge for her rape.