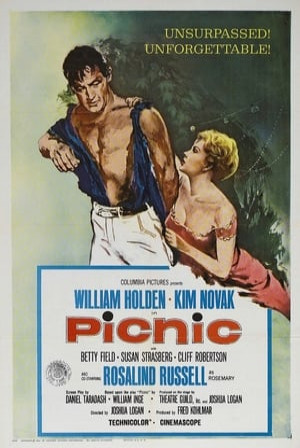 The morning of a small town Labor Day picnic, a drifter (Hal Carter) blows into town to visit an old fraternity buddy (Alan Benson) who also happens to be the son of the richest man in town. Hal is an egocentric braggart - all potential and no accomplishment. He meets up with Madge Owens, the town beauty queen and girlfriend of Alan Benson.

Of the Owens sisters, nineteen year old Madge is seen as the pretty one, and high school senior Millie is seen as the smart one, although they both would like to be perceived a little more like the other. Millie makes no effort to be feminine, believing it will put her deeper into Madge's shadow in comparison. Madge wants to be more than just an object to be looked at. She believes her current boyfriend, Alan Benson, sees her solely in that light. Alan wants to marry her, but she isn't sure she loves him. Madge's mother, Flo Owens, wants her to marry wealthy Alan if only to get her into a better life than she had with her deadbeat husband, who left them, leading them needing to open their home as a boarding house to make ends meet. On the other hand, Alan's father, who owns most of the grain elevators in their small Kansas town, feels Madge isn't good enough for his son. On Labor Day, Alan's old fraternity brother, Hal Carter, who he hasn't seen since their college days, comes unexpectedly into town. Hal is a drifter in every aspect of the word, who comes from a poor family and who could only afford to go to college, where he was eventually dismissed for poor grades, because of a football scholarship. Hal is at the end of his rope and has come to ask Alan for a job, somewhat naively believing he can get a white collar office job complete with a secretary. Hal is all bravado, which captivates some, and off-puts others. Regardless, Hal is seen as a fresh breath of masculinity by most of the women in town. As Hal spends time with Alan, the Owens, spinster schoolmarm Rosemary Sydney (the Owen's boarder) and Rosemary's somewhat beau Howard Bevans, over the course of the day, mostly at the town's annual Labor Day picnic, Hal and Madge find in the other something that is missing from their respective lives that they believe could be fulfilled by the other - which would be against Alan's plans - while Rosemary, who believed she was still young and desirable, comes to certain realizations about her life. 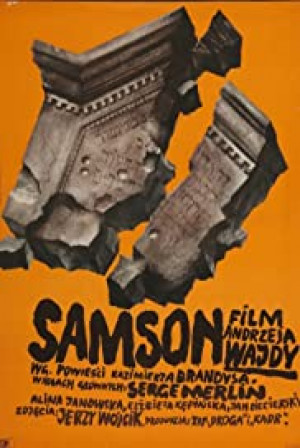 Sampson is one of several Andrzej Wajda films harking back to his youth during the Nazi Occupation of Poland. Many of these concern not onl...More