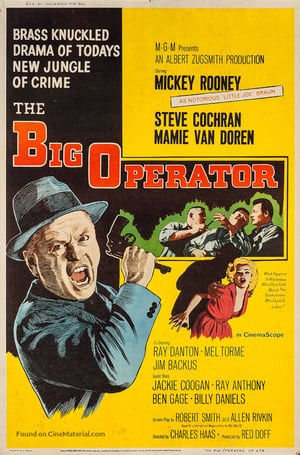 During the 1950s, a corrupt labor union boss and the mob silence all those who witness their shady activities but an honest union member threatens to testify in front of a Senate Committee, thus becoming a murder-target.

Bill Gibson is Little Joe's nemesis and is one of the men who can testify that he saw the labor boss in an incriminating conversation with a known criminal - something that Little Joe denied under oath. Knowing that Cochran and one other witness can bring him down, the crooked labor boss starts on a campaign of terror.

Anatomy of the Syndicate

Mickey Rooney plays labor racketeer Little Joe Braun in this fast-paced and surprisingly violent drama about one man’s determination to clean up his union. Bill Gibson (Steve Cochran) is Little Joe’s nemesis and is one of the men who can testify that he saw the labor boss in an incriminating conversation with a known criminal — something that Little Joe denied under oath. Knowing that Cochran and one other witness can bring him down, the crooked labor boss starts on a campaign of terror. One of Bill’s friends is set on fire, someone else is thrown into a cement mixer (in the opening scenes), and finally, Little Joe kidnaps Bill’s son Timmy (Jay North). The odds at this point, seem very much in the labor boss’ favor.

Rooney in his best dramatic role. Mickey is a crooked union boss who will stop at nothing to get his way. The nonstop action includes strong arm union goons beating Mel Torme, then setting him on fire and dumping him on Mamie Van Dorens tree lawn. Fortunately the fire is put out in time, enabling him to lead the police to the bad guys hideout. I won't give the ending away, except to say there's plenty of bagpipe music. Must see to believe!!!

Rather obscure low budget film with some unexpected casting

Modestly budgeted but surprisingly entertaining crime drama, with Mickey Rooney as a Jimmy Hoffa-style union boss ready to resort to gangland methods when a couple of honest union men see him in the company of a known gangster the night that a witness against Rooney in an upcoming crime investigation goes missing.

This film has a nice jazzy musical score, and some unexpected casting. Rooney is effective with an in-your-face performance as the ruthless union president. But equally effective, and a nice change of pace casting for him, too, is Steve Cochran, normally a screen tough guy, here playing a soft spoken decent family man who crosses paths with Rooney. Ray Danton is a cold blooded hood working for the union boss who not only throws someone into a cement mixer but sets another person on fire after dumping him out of a car.

Vampira, pretty much unrecognizable without her Vampira makeup, is a woman running a beatnik club, Mel Torme plays Cochran's fiery natured friend (Mel's not bad), and, the most unusual casting of all is, ready for this, Mamie Van Doren in a subdued performance as Cochran's homemaker wife. She still looks like bleached blonde Mamie, of course, but she's not half bad. Mamie as Donna Reed? See it to believe it.

The film has a protracted sequence is which Cochran, who is ready to give testimony against Rooney, is kidnapped and Rooney has goons working him over (Leo Gordon being one of them, yikes!) to try to get him to change his testimony. When Cochran refuses to cooperate, Rooney then resorts to nastier means to get his way. 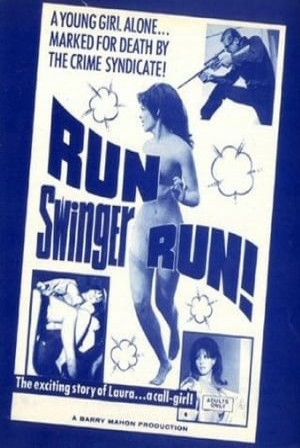 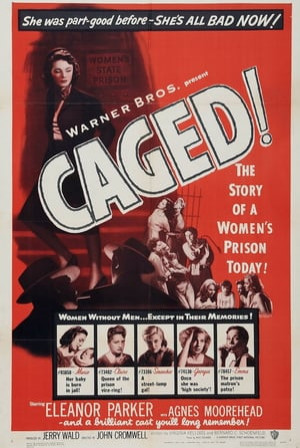