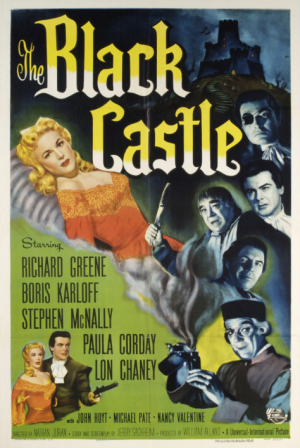 A Man investigates the disappearance of two of his friends who were the guests of a sinister Austrian count.

Sir Ronald Burton (Greene), a British gentleman, investigates the disappearance of two of his friends at the Austrian estate of the sinister Count von Bruno (McNally). Bruno secretly seeks revenge against the leaders of a British force that set the natives against him in colonial Africa: Burton's missing friends are among Bruno's victims, and Burton is now also in the trap. Burton plans to escape with Bruno's abused Countess, but the Count's henchmen bar the way.