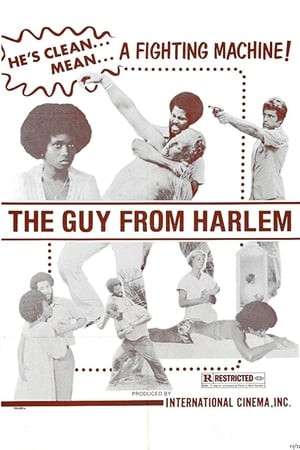 The Guy From Harlem

A private detective operating in Miami is hired to protect the wife of an African head of state in town for diplomatic business, and to recover the daughter of the leader of a criminal organization, who has been kidnapped by a rival gang.

Tough streetwise private investigator Al Connors, who works in Florida but originally hails from Harlem, is hired by the CIA to guard a visiting African princess. Moreover, Connors uses all his sharp street smarts and fierce fighting skills to find another woman who's been abducted by the evil Big Daddy.

Not counting, Nazi propaganda films, pornography and student art films the "Guy From Harlem" is THE WORST MOVIE EVER MADE, and I've seen garbage. Just to legitimize my claim let me make it clear I've seen plenty of bad films. I go out of my way to rent them. I'm a connoisseur of stupid cinema. I've seen "Secret Agent Double O Soul", "Drive in Massacre", "Spookies", "Beastmaster 3: The Eye of Barakus", "Highlander 2: The Quickening", "Psycho Cop", "Go-bots Meet the Rock Lords", "Blood Cult", "Mitchell", "Sleep Away Camp", "The Howling 2: Your Sister's a Werewolf" and "The Mines of Kilmanjaro" just to name a few. And all of them are Oscar winning material in comparison to this sorry joke of a movie. The back of the video pack claims the film is set in the crime infested underbelly of Harlem... the entire film takes place in Miami!! Not the fault of the film makers you say? Well try this on for size mister big shot! Halfway through the film they get tired of the story line and out of the blue decide to switch to the plot from "Shaft". It has the worst song ever, the worst acting, the worst fight scenes and the worst editing (they play a scene twice). At one point when asked to describe a gang leader named Big Daddy a character says the following. "The thing is nobody knows what Big Daddy looks like, very few people have ever seen him. All we do know is he's a white guy who is six foot two, with blond curly hair. And man, you talk about muscles... he got the biggest muscles! And he wears bands around his arms. But nobody knows what he looks like. Nobody's ever seen him." Outside the WWF this describes no more than 3 to 5 living people and only one of them lives in Miami. And this film isn't a comedy. This write up doesn't even begin to scratch the surface of what's wrong with this movie. It's so incredibly unpopular it will never make the 100 worst movies list, which is a real shame. The only movie that comes close to sucking as much is The Guy From Harlem's unofficial sequel "Super Soul Brother". At any rate I highly recommend this movie because it will make you appreciate every film you see after it a lot more.

Incredibly horrible movie MUST be seen

I've never heard of "The Guy From Harlem" until I saw it listed here at the IMDb. I like blaxploitation so upon seeing the title and year it was made, checked out some reviews here. Needless to say, I had to watch this thing immediately after reading these reviews.

And they are all true. No one is exaggerating. "The Guy from Harlem" IS every bit as bad as people here at the IMDb say it is. I have no idea why this classic isn't spoken about when people talk about the worst films ever made, just a bad break I guess.

This is basically a feature-length home movie from 1977. The acting - if you want to call it that - is beyond horrendous. Lines are stuttered and the "actors" are unbelievably wooden and fake. NO ONE acts natural. But they give it their all which is part of the fun! The lead actor who plays the title role is a smooth-talking suave Shaft wanna-be private eye, who gets involved with solving a few related cases that also involve saving a few pretty girls in succession. Of course, even though he is warned not to hit on the girls, Mr. Smooth lays his smooth moves the second he is alone with each of them. No ebonics for him - he speaks extremely eloquently as he charms the girls he is saving out of their clothes. He is so smooth he even hides them out at the apartment of some other girl he knows.

The fight scenes must be seen to be believed. They are the most fake fight scenes you have ever seen. At one point after the very skinny lead guy beats up a bunch of toughs, he actually even refers to himself as the title role as he says "Tell him the guy from Harlem sent you!" The camera rarely moves and often it just films long shots as if you are watching a play. A very bad play. And yep, incredibly, unbelievably, there are two scenes that are actually done TWICE each, repeated one after the other. You actually see the actors stumble through the same set of lines twice. Did they just have money for two re-shoots? And one double-scene would be bad enough - but two?? It's incredible.

ENDING SPOILER! The big finale ends and everyone can go home. But wait, not so fast! The very big, mean and muscular bad guy challenges our skinny Mr. Smooth to a fight. And he accepts! And our skinny hero from Harlem WINS! And then it seems our Guy from Harlem, who sleeps with any female who crosses his path, is going to get married! To a girl he just met! And the whole flick is that logical. The bottom line is, if you like bad movies, this is a film that truly must be seen.

Private Eye Al Connors is the smoothest private investigator since John Shaft. Born and bred in Harlem, but now living down in Fort Lauderdale, where he is an investigator for hire. In a similar plot line to "Shaft," Connors is hired by a local Drug Lord, to locate and bring home, his daughter, who has been kidnapped by a ruthless crime lord, "Big Daddy." This movie was obviously made with an extremely low budget, but also with the passion and dedication of a team of people who have a deep love and respect for film. Those faulting any movie for being "cheap," simply don't get it. We have all seen movies that cost many millions of dollars, that don't have one tenth the heart and soul, and style, of "The Guy From Harlem." It's all here; flashy clothes, sexy ladies, (and men,), beautiful classic cars, funky music. In short, this is a perfect example of the Independent/Blaxploitation genre. And this movie is SEXY. Loye Hawkins (Al Connors) is one good looking, light-skinned black dude with green eyes, who drives a red Cadillac , and wears his suits tight. And Cathy Davis (Wanda) has awesome 70's sex appeal. The story moves along at a brisk pace, and the dialog is sharp and often funny. There is a little nudity, but the film never becomes sleazy. Of course it's no masterpiece, but I have to wonder at all the nasty comments and low ratings. Who are those people, and why are they searching out this kind of movie, if they don't get it? Recommended for fans of TRUE independent, renegade cinema, crime thrillers, or those just looking for some beautiful 70's nostalgic cinema.

Very cheap blaxploitation but good for a laugh

First off.despite some comments,this is not the worst movie ever made.There is no doubting the facts that it contains awful acting,amateur direction and production values,however its not the snooze fest some truly "bad" movies are.I quite enjoyed the ludicrous hero who seduces every woman he meets(within mins) and beats people up employing no fighting skills whatsoever.I like the fact the same interiors are used for different locations and the dialogue is corny as hell and delivered terribly.There's plenty of laughs to be had so its never truly boring.If you want bad movies try Curse of the Headless Horseman,Cannibal Terror,The Killing Edge or Black Devil Doll from Hell! The Guy From Harlem is far more entertaining than those stinkers. Now where can I find the sequel?

A truly bizarre movie, but fun to watch

First things first, I have to acknowledge that this movie was a very modest production, even in comparison to other blaxploitation movies. Watching this movie might make you appreciate how much effort goes into shooting and editing them into a watchable movie since so much goes wrong in this one. Really bad sets, lighting problems, audio going between too loud and too soft, and much more are all over this movie. One thing working in its favor is that unlike some other low-budget blaxploitation movies, you don't see the boom mic slip into shots as much. Though that may be because that the crew didn't use one for many shots.

Anyways, the story is pretty straight forward. Al Connors/The Guy (played by Loye Hawkins) is a private detective in Miami whose only distinguishing feature is being from Harlem. In the movie we really don't see anything extraordinary he does, and even the fights he gets into aren't anything to show his prowess.

There are two different cases The Guy handles in the movie. The cases don't seem to relate to each other and it almost appears as if we got two different plots merged into one.

The movie starts with a woman being harassed by a mook or something. Then it abruptly cuts to The Guy driving around town with a really funky intro as he drives to his office. Unfortunately the rest of the movie doesn't hold up to the intro's funk.

The first case has The Guy get requested by some G-Men to run protection for a visiting African princess, which I suppose is to establish that The Guy is so badass that even the government goes to him for help. Anyways, he foils a kidnapping attempt (or was it assassination?) while she was getting a massage, and scores with the princess. Unfortunately it's no where near as exciting as that may sound and their intimate scene comes off as bizarre more than anything.

The second case has The Guy receive a crime boss who informs The Guy that his daughter has been kidnapped (the one who was shown at the beginning), and he needs The Guy to rescue her. So I guess half-way through the movie they decided to go full Shaft here. Also, the crime boss actor is yelling his lines the whole time which adds some unintentional humor.

Anyways, without getting too bogged down on details The Guy uses his sleuth powers in a gym to find out some hick gang is holding the mob boss's daughter in a cabin. There are some sequences leading up to this involving The Guy using his martial arts skills to defeat the mooks as he gets to the cabin. The fights are done so poorly but I can't do it justice with words, it's something you need to see.

Some honorary mentions... -The Guy's secretary, who somehow managed to have more character than The Guy with her sass when getting hit on by the crime boss's mooks -The Guy's (former?) girlfriend whose apartment he crashes in to seduce the princess and the crime boss's daughter

I've rated this movie low but don't think that there's nothing worth watching here. This is one of those that's great to watch with friends to make fun of and just go with the flow of crappiness here. There are some dull stretches in the movie but not enough to completely ruin things. 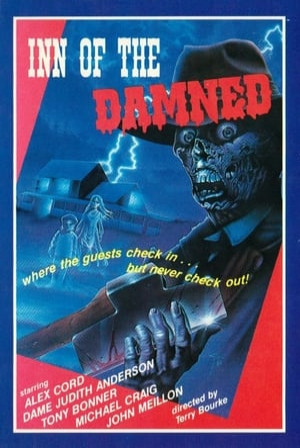 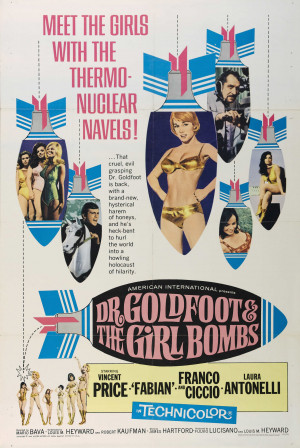 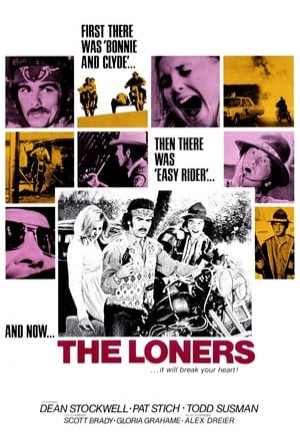