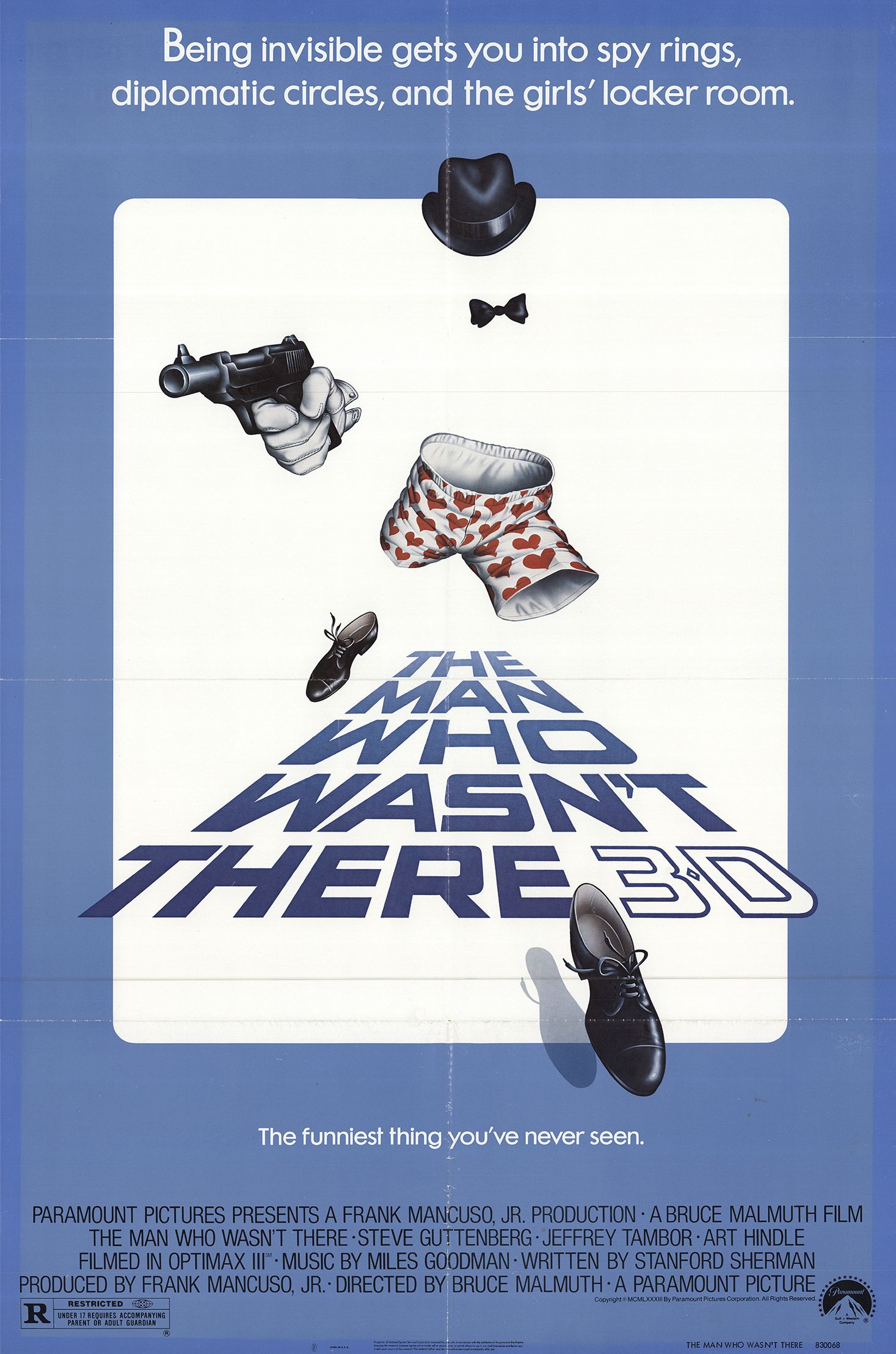 The Man Who Wasn't There

A State Department employee finds an egg-shaped device with a green fluid inside that makes the person who drinks it invisible. He finds himself being chased by foreign agents who want the substance.

A minor diplomatic functionary stumbles upon a formula for invisibility.

It's totally "out of sight"!

Movies dealing with invisibility, is totally intriguing. I've seen Disney's "Now You See Him, Now You Don't", H.G.Wells' "The Invisible Man". And I remember the TV movie, "The Invisible Woman". In this movie, Steve Guttenberg plays a government worker who stumbled upon a small silver canister given to him by an invisible man. Before dying, the man gives information about who to meet with the canister. With the Russians and other 3rd world countries vying for the canister, Sam(Guttenberg) is over his head. Supposed to be getting married to his fiancée, Amanda(Morgan Most). In order to get away from the bad guys, he is assisted by her friend, Cindy (Lisa Langlois) who ended up being more understanding than Amanda. When Sam invests the formula, he experienced the state of being unseen. He gets his kicks at an all-girls academy by raising havoc. The funniest thing I've ever seen is when he accidentally spills the soda on the table, and sneak into the girls' shower to get a towel. After being caught by Cindy, they would eventually team up. Sam and Cindy go out and try to find the man who knows about the formula. The good news is that Sam is being helped by people around him. The bad news is that Amanda, Sam's own fiancée is part of the situation that he was clueless about. Even though this movie is not kid friendly, it's highly entertaining. Try to make this an adult film, and it will be disappointing. Because you won't be able to to see the action. Since this is a 3-D comedy, it's highly entertaining in every way. It was not a let down. 3 out of 5 stars.

In these kinds of movies, it's the same old story: Ordinary guy finds invisibility formula, then ends up being chased by agents, who of course, want the substance to make money. Okay, maybe it's not always exactly the same, but most of these movies, if not all, are identical. Invisibility aside, there's not much of a plot. The movie begins and ends with a wedding, and in between, it's the hero and his girlfriend mostly hiding and running. The movie is entertaining, but not very suspenseful. Maybe that's because the bad guys aren't particularly bad. One of them points a gun for most of the movie, which is about as bad as any of these agents get.

The Man Who Wasn't There

Inane 3-D comedy with the always lifeless Guttenberg starring as a bureaucrat caught up in some big international plot to steal invisibility potions. The laughs are few and the story is uneven. Sad to see the always entertaining Tambor in such drivel.

The Poster Tag Line Was Right!

"The funniest movie you never saw!" is what the poster exclaims and they were right. Because true comedy won't be found here. I actually saw this back when it was released in theaters in the early 80's. The movie is a simple, cheap jack tale of invisibility and international intrigue that's loaded with political incorrectness and juvenile gags. There are a handful of shots that are really cool in 3-D. However there some really bad 3-D effects, most due to poor understanding or handling of the equipment and 3-D techniques. And the film is in the top 5 running for world's worst rear screen projection usage in a movie. What it could have been with better cast and more money is an interesting thought. This also has to have the weirdest and dumbest team of killers ever seen in a movie. The 3-D gets a 2 and the movie gets a 3. 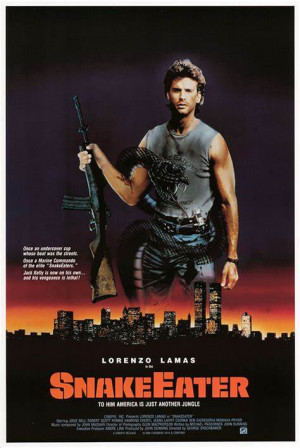