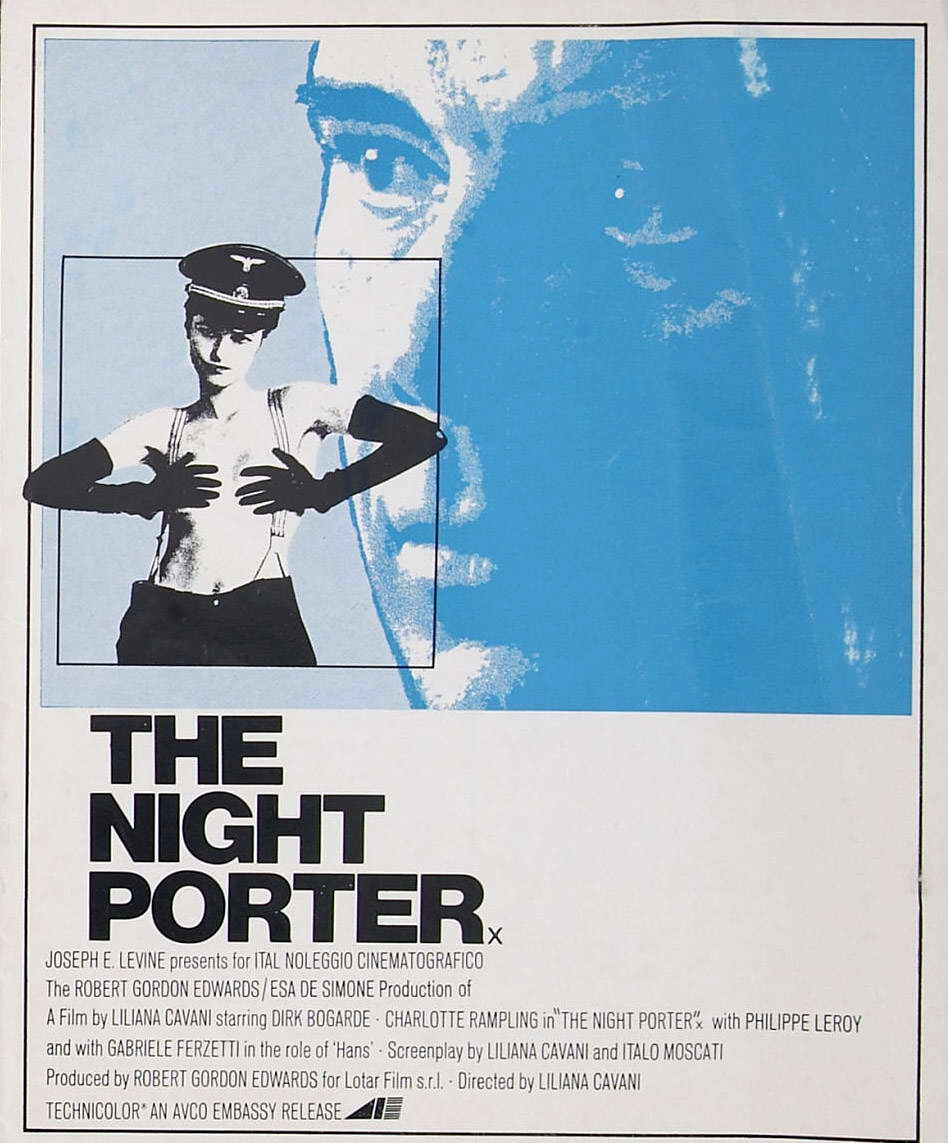 A concentration camp survivor discovers her former torturer and lover working as a porter at a hotel in postwar Vienna. When the couple attempt to re-create their sadomasochistic relationship, his former SS comrades begin to stalk them.

1957. In Vienna’s hotel have met a former Nazi and former concentration camp inmate. Awakened memories of the executioner and the victim kindle between them a strange, unnatural desire, which the analyst would call sadomasochism. Directed by Liliana Cavani, who also filmed Flesh of the Orchid

I do not want to disassemble the movie into parts, analyze the great game of actors, a very nice compliment, unobtrusive and pertinent music, say anything about the director, who has dared to remove it in 70s. I do not want to believe that this is a movie.

From the very first frame I had a strong sense of presence, I was drunk Nazi, watching the dance of Salome, the hotel employee, peep through the keyhole, then I’m all she became despair, longing and tenderness, pervades every frame. Yes, tenderness, I’m not kidding.

Heroes come to life and become real close, the story moved to the background, but the most important were these blows, these touches, from which the heart contracts, so they love – no half-hour sex scenes, with which often guilty of contemporary films, can neither one iota closer to that level.

Unsettling, Haunting, Beautiful, Chilling, Poetic, Disgusting and perhaps even Romantic. All at the same time.

This film is both disturbing and effective. This film stands out as one of the 70's bleakest contributions. It's very hard to obtain just one feeling towards the film since it has so many layers and creates so many emotions.

The lead a night porter who used to be a Nazi officer in charge of a concentration camp encounters his past when one of his previous captives checks into his hotel. A relationship between captor and captive is then revealed. As a matter of fact in some (sick) way they are very much in love. Whether it's the Stockholm syndrome or something else is never quite revealed but when her fiancé leaves she stays behind and the two of them pick up where they left off.

Of course it can in no way be a idyllic relationship and of course problems occur. The fear that she can be used as a witness spreads among the Nazi underground which he is still very much a part off though he wants to leave and stay in the shadows. The movie is about what the night porter does to protect his love from danger and might I say it's quite poetic.

Fabulous performances from both Dirk Bogarde(my favorite actor of all time) and Charlotte Rampling. The frames are nearly perfect and the film itself was so complicated and well done that the director (Liliana Cavani) should be considered a master.

But lets get back to the emotions this film contains. I just can't makeup my mind how I feel about these two people and their love. One side of it is quite beautiful but the other side is both disgusting and incredibly chilling. Unsettling, haunting, beautiful, chilling, poetic, disgusting and perhaps even romantic are the words I would use to describe this film. It's these mixed responses that makes me love this film so much.

A jaw-dropping study on love in the most obscure of circumstances. It's an intense and compelling study of these characters who flow in the most opposite of circles (one a Nazi, the other a Jewish prisoner in the concentration camp he works at) and a love that transcends anything I've imagined experiencing. I've heard the film called dull numerous times and I could see why one would think this, but I thought the haunting silences only made the film more engaging and had my eyes further glued to the screen. The structure of spasmodically switching from scenes in the concentration camp to when the two lovers see each other again in 1957 really helped put the viewer into the mind-set of the two main characters. It jars the mind and keeps us aware of this inordinate love and why these people are so confused and attracted to one another. A truly original technique that I really admired. Liliana Cavani uses angles and wide-shots that create a haunting sense of passion and really made the cinematography rank high among my all time favorites. Dick Bogarde and especially Charlotte Rampling are phenomenal. Their performances are passionate, intense and natural. The film certainly lived up to my expectations.