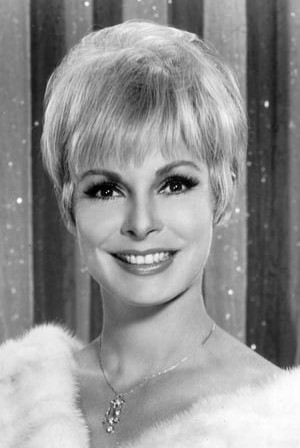 Janet Leigh (July 6, 1927 – October 3, 2004), born Jeanette Helen Morrison, was an American actress. She was the wife of actor Tony Curtis from June 1951 to September 1962 and the mother of Kelly Curtis and Jamie Lee Curtis.

Discovered by actress Norma Shearer, Leigh secured a contract with MGM and began her film career in the late 1940s. She appeared in several popular films over the following decade, including Alfred Hitchcock's Psycho (1960) and Living It Up (a Martin and Lewis-film from 1954).

From the end of the 1950s, she played more dramatic roles in such films as Safari (1958) Touch of Evil (1958) and The Manchurian Candidate (1962), but she achieved her most lasting recognition for her performance as the doomed Marion Crane in Alfred Hitchcock's Psycho (1960). For this role she was awarded the Golden Globe Award for Best Supporting Actress and was nominated for the Academy Award for Best Supporting Actress. She continued to appear occasionally in films and television, including two performances with her daughter Jamie Lee Curtis in The Fog (1980) and Halloween H20: 20 Years Later (1998).

Description above from the Wikipedia article Janet Leigh, licensed under CC-BY-SA, full list of contributors on Wikipedia.