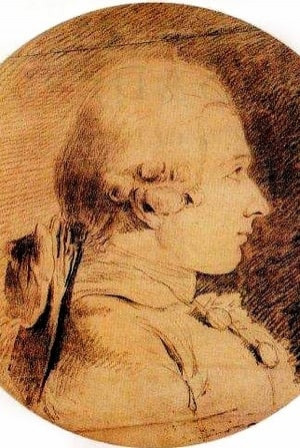 Born a rich nobleman, Marquis being his title rather than his birth name, De Sade gradually became a decadent libertine among the French society of Louis XVI. A liberally educated iconoclast, he wrote prose and verse, and specialized in testing the limits of decency, breaking tabboos and shocking the aristocracy, often with sordid details drawn from real life. He was thought to have committed much of the perversions and debauchery he had written about. He was incarcerated in an asylum shortly before the French Revolution. After a decade of feverish creativity, he willingly gave up writing and lived his remaining years in uneventful calm