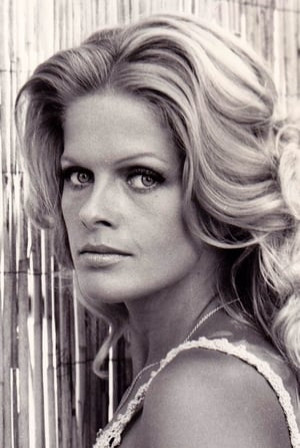 Karin Schubert (born 26 November 1944) is a German actress. She appeared in film roles since 1970 and became a pornographic actress in the 1980s.

Her early roles included the spaghetti western Compañeros (1970) and Gérard Oury's film La folie des grandeurs (1971). In 1972, she appeared in the films Bluebeard, directed by Edward Dmytryk, and Yves Boisset's L'Attentat. The same year, she appeared along with Edwige Fenech and Pippo Franco in the sex comedy Ubalda, All Naked and Warm. She then started to appear in adventure films, especially with Italian actor George Eastman. The first film of this kind was a Three Musketeers spaghetti Western adaptation, Tutti per uno...botte per tutti (Three Musketeers of the West) in 1973, and she also appeared in the crime drama Rudeness (1975), and as a Russian agent in the spy film Missile X: The Neutron Bomb Incident (1978) opposite Peter Graves and Curd Jürgens. In 1975 she appeared in the hit film Black Emanuelle starring Laura Gemser which drew the attention of director Joe d'Amato, and began to take part in his erotic films, including Emanuelle Around the World in 1977 where she played Cora Norman, the counterpart of Gemser.