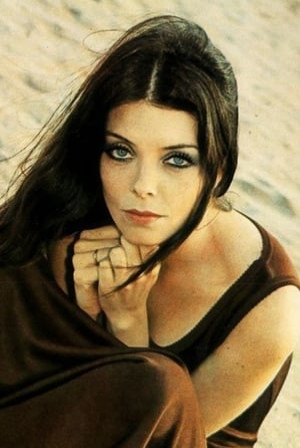 Strikingly comely brunette Patty Shepard was born in 1945 in Greenville, South Carolina. The daughter of a U.S. Air Force official, Patty moved to Spain when she was only 18 years old. After becoming popular as a model in a series of TV commercials, the lovely Ms. Shepard embarked on an acting career, making her film debut in a small part in La ciudad no es para mí (1966) (aka "The City is Not for Me"). She initially acted in paella westerns and thrillers before appearing in a handful of horror movies which include Assignment Terror (1970) (aka "Dracula vs. Frankenstein"), The Werewolf Versus the Vampire Woman (1971) (aka "The Werewolf vs. the Vampire Woman"), Hannah, Queen of the Vampires (1973) (aka "Crypt of the Living Dead") and El monte de las brujas (1975) (aka "The Witches' Mountain") and Special Killers (1973) (aka "La Ragazza di Via Condotti"). Patty often acted alongside Spanish horror icon Paul Naschy in these films and projects a certain eerie otherworldly aura that's stunningly similar to Barbara Steele. Other films include the end-of-the-world science fiction feature Creation of the Damned (1974) (aka "Refuge of Fear") and the tongue-in-cheek spaghetti Western oddity Blood Money (1974) (aka "The Stranger and the Gunfighter"). After appearing in the horror movies Rest in Pieces (1987) (aka "Rest in Pieces") and Slugs (1988) (aka "Slugs"), Shepard retired from acting in the late 1980's. She died of a heart attack at her home in Madrid, Spain on January 3, 2013.