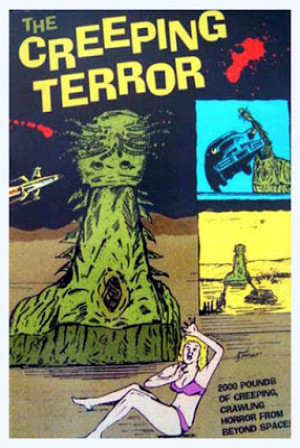 A creature that looks like a cross between a Chinese dragon puppet and the Pope sucks up people into its maw. A sheriff, his wife, and a "handsome" scientist battle it to the end, with a sub plot about the evils of bachelorhood.

While driving along a highway in fictional Angel County in California, a sheriff's deputy, Martin Gordon (Vic Savage) and his wife Brett (Shannon O'Neil) meet Martin's uncle, sheriff Ben (Byrd Holland), and together they investigate a reported plane crash site. At the site, the group encounters the abandoned truck of a forest ranger, the ranger's hat, and an alien spacecraft that resembles a camping trailer; a large, slow-moving, slug-like creature had earlier emerged from the craft, and departed prior to the group's arrival. Believing the absent ranger might be inside, Ben enters the craft by crawling underneath it. Shortly thereafter loud screams, along with growls like those of a lion, are heard from the craft, after which Martin radios for help.

In response to Martin's request for assistance, a "special unit" of military troops, commanded by Col. James Caldwell (John Caresio) and traveling in the back of a light-duty, civilian truck arrives at the site. Two of the troops enter the craft, examine its contents, and report back to Caldwell the presence inside of a large, tethered creature. The next day, "the world's leading authority on space emissions," Dr. Bradford (William Thourlby), arrives to direct the ongoing investigation, which includes examination of the creature and the spacecraft's analog devices. As the investigation proceeds, the departed creature stalks the countryside and, despite its markedly awkward and slow pace of ambulation, successfully approaches, attacks and eats a bikini-clad girl, a housewife hanging laundry, Grandpa Brown (Jack King) and his grandson Bobby (Pierre Kopp), picnickers at a "hootenanny" (one of whom attempts to stop the creature by swatting it with a guitar), numerous teenage couples, including a blonde girl in gold pants (Louise Lawson), at a community dance hall (at which time some attendees engage each other in fisticuffs), and couples in their cars at a lovers' lane (about which the film's narrator states that "anyone who experienced that catastrophe, and survived, would never go there again.")

Following the lover's lane incident, Caldwell orders his troops to attack the creature, telling Bradford that the creature would be captured alive if possible. This attack is accomplished by the troops standing close together, walking slowly toward the creature as a unit, and firing their small caliber firearms. The attack proves ineffective, however, and failing to retreat or otherwise walk away, all but two of the troops are devoured. Caldwell then decides to throw a live grenade, with the resultant explosion destroying the creature. After briefly examining the dead creature's tissue, Bradford hurriedly returns to the spacecraft and therein somehow triggers an explosion. Although this explosion mortally injures Bradford, it does not damage the craft or its instrumentation, and it allows the tethered creature to exit. As the creature prepares to devour Bradford, it is killed in a collision with Martin's arriving police car. Bradford then explains to Martin and Brett that the creatures were "mobile" laboratories designed to consume human beings, analyze the bodies chemically to detect weaknesses, and from the spacecraft transmit the acquired information into outer space. Although Martin fails to destroy the spacecraft's transmitter equipment, the dying Bradford says that the creatures' home planet might not even exist anymore, concluding that "only God knows for sure." 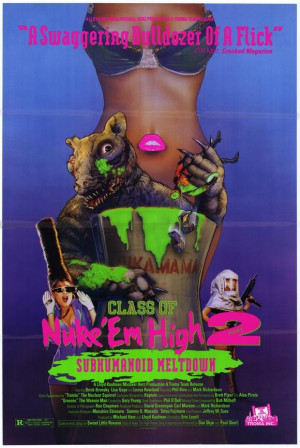 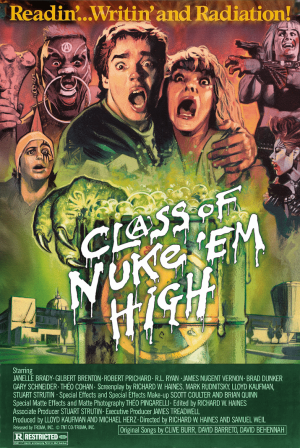 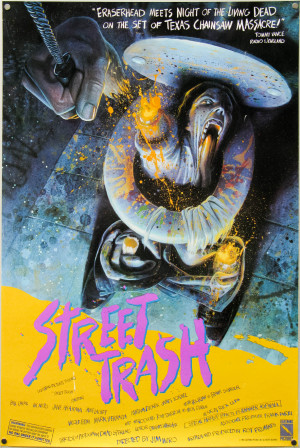 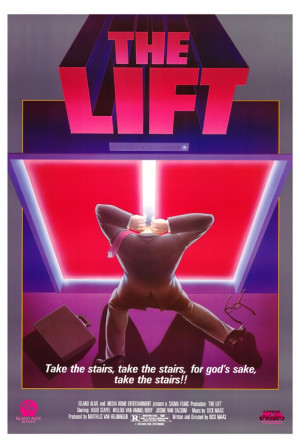 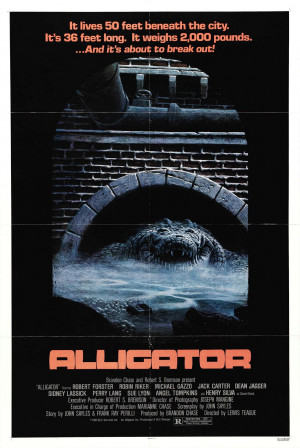 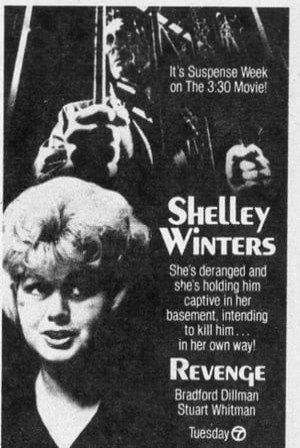