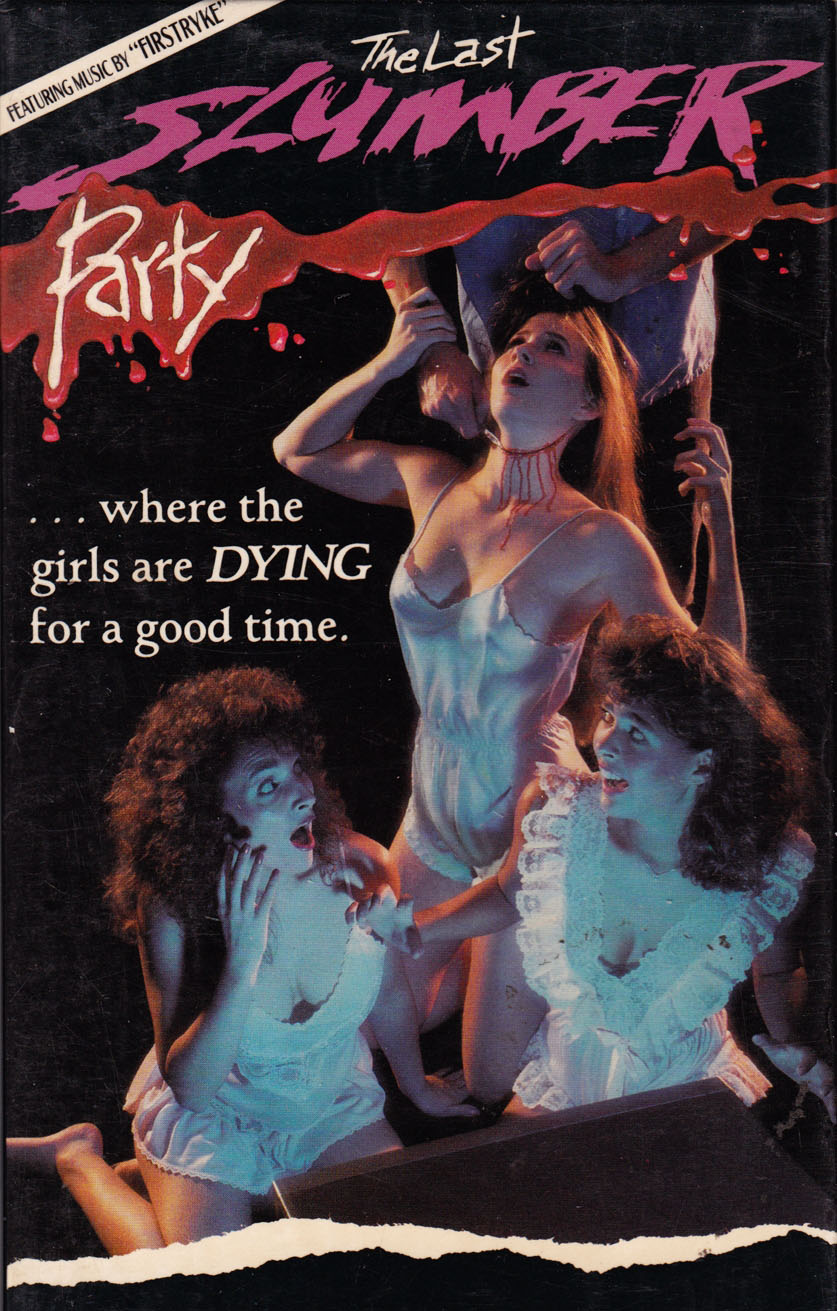 Linda, Tracy, and Chris are a trio of teenage girls who decide to celebrate the last day of high school by having a slumber party at Linda's house. A few guys also show up to further enhance the merry festivities. However, things take a turn for the worse when a homicidal maniac who has just escaped from a mental hospital crashes the bash.

On their last day of high school, Linda, Tracy and Chris celebrate by having a slumber party at Linda's house. A few boys drop by and the beer flows like wine. Just good, clean, fun-loving kids. But the girls have another visitor, one they don't yet know about. Hiding in the house is a homicidal maniac who has just escaped from a mental hospital. Armed with a scalpel, the nut slashes a little here, a little there as he sneaks from room to room. One by one the guests start disappearing. What evil lurks there? What nightmare world have they entered? The plot is twisted inside out leaving you stunned and clinging to your chair as you witness shock after horrifying shock. The ending will leave you breathless. And now, the blood flows like wine. Features a heavy metal rock sound track by FIRSTRYKE.

I remember seeing this when I was like 11. I thought it was good then. But I got older and starting watching more b-movies and it turns out this one is pretty crappy. But it had a likability factor to it though. I think it's the cheesy dialogue and the really crappy 80's music. I was really disappointed that there was hardly any gore! To all you SPM fans out there. THIS IS NOT A SEQUEL TO THE SPM SERIES!!! Stay far away!!

This movie, by far, is the best horror movie of all time. The plot twists, the acting, the sheer suspense and excitement is incredibly spell-binding. I recommend this movie to anyone who loves to be freaked out, and when I say freaked out, I mean, FREAKED OUT!!!!!! Girls trapped in a house with a killer on the loose. How do you come up with this stuff? This movie has a successful formula to it, and many many writers of horror movies and directors of the horror genre need to study this movie inside and out to learn what it is that's truly scary. If you want to see a movie that makes you pee your pants, check out the Last Slumber Party. Pure genius!!

The best comedy ever!

I was laughing SO hard when i watched this movie. It's Hilarious! It was even funnier than scary movie 1 & 2. My family and i laughed ourselves sick watching this movie. i can't believe it has a 1.3 rating, i loved it. It's undoubtedly the best comedy i've ever seen.

A trio of attractive teenage girls decide to hold a slumber party in order to celebrate the last day of high school. A few guys show up to further enhance the merry festivities. However, things take a turn for the worse after a homicidal maniac (a hopelessly unscary and less than menacing portrayal by writer/director Stephen Tyler, who apparently thinks staring blankly into space is the stuff of true gut-churning horror) who has just escaped from a nearby mental hospital crashes the bash. Boy, does this exceptionally atrocious turkey possess all the right wrong stuff to qualify as a real four-star stinkeroonie: Slack (non)direction, a plodding pace, lousy community theater level acting by a lame no-name cast, rusty tin-eared dialogue (sample line: "My parents are such a drag!"), shockingly dumb and tasteless jokes about masturbation and homosexuality, tacky mild gore, a droning hum'n'shiver synthesizer score, a dopey protracted nightmare sequence, zero tension or creepy atmosphere, cruddy eye-straining cinematography, a hilariously dated head-bangin' 80's hair band rock soundtrack, and a groan-inducing "it was all just a bad dream" surprise twist ending. All that harsh criticism aside, redhead Jan Jensen, blonde Nancy Meyer, and brunette Joan Whitley all look mighty cute and sexy as our imperiled threesome of adolescent protagonists. An absolute cheesy hoot.

The Splendor of Confusion

I'll be honest. There's a lot that goes on during this glorious 70-something minutes that I don't really understand at all. And I have already accepted that I most likely never will. I'm talking about some of the most disconnected performances this or any era of Z-grade cinema has to offer. I'm talking about foul-mouthed high school chicks (played by a bunch of 30 year olds) who stay up as late as they want. I'm talking about dudes with brews. I'm talking Shot on super-8, and proud of it! Welcome to The Last Slumber Party. The undisputed stupidest movie of the 1980's.

School's out for the Summer, and these fun-lovin' chicks decide to celebrate the best way they know how. Slumber Party! And of course, said slumber party is crashed off and on by eager, fun-lovin' guys, plus a killer lurks around from time to time. But nobody makes a big thing out of it. Sounds fairly simple to comprehend, no? No is right! How the director made all that as confusing as he did is beyond comprehension. Nobody ever seems to be on the same page to the point that it seems almost improvised. The plain chick is constantly trying to call it a night, while the redhead is constantly trying to "rustle up some men folk", and other random shenanigans. The blond is just there being blond. The men folk are of course ridiculous. The killer seemingly appears out of nowhere. Certain parts feels like a completely different movie. A nice way of describing this flick would be "a mess". However, an honest way of describing this film, in my opinion, would be "amazing". The Last Slumber Party is amazing to the point that it deserves more notoriety. This movie deserves to be spoken in the same sentences as such disasterpieces as Blood Freak, Troll 2, and Don't Go In The Woods. If The Last Slumber Party were just a little more coherent, I would totally recommend this with some booze. But you gotta see this. I mean, you REALLY gotta see this! If you're in your right mind, at least you'll know it wasn't just you being drunk, and that The Last Slumber Party is in fact like that.

As some one who loves the schlock, I find it amazing that I went as long as I did without checking this out. And now that I have, I must tell the world of its unbelievable stupidity. Never have I been so completely undecided on whether or not the humor in a movie is intentional or not. Is it a spoof of Slumber Party Massacre? Is it just a sad clone, trying desperately to fit in the world of 80's slashers? It really is that hard to tell where these people are coming from. When a character finds the freshly-killed corpse of a loved-one, are they instructed to act as if they don't care, or were they honestly trying their best. I just couldn't tell. It's brain damaged qualities like the ones found in The Last Slumber Party that are the ingredients of true 100% quality schlock. Now, to my knowledge, I've never seen the more well known Slumber Party Massacre. But I'm pretty sure the all around quality is far superior to the one I'm reviewing. However, I would be shocked to learn it's even a fraction as entertaining. I've seen a whole lot of these movies. SomeI loved for all the wrong reasons, and some I hated for all the right reasons. But in my ever so humble opinion, The Last Sumber Party is the perfect low-budget 80's slasher. These chicks take the cake! 10/10 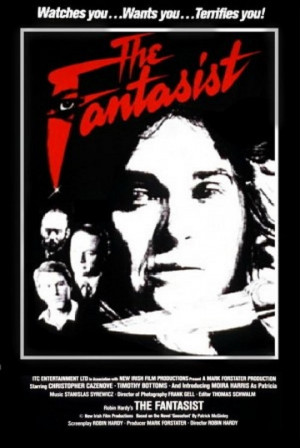 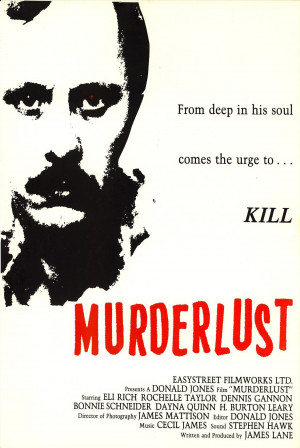 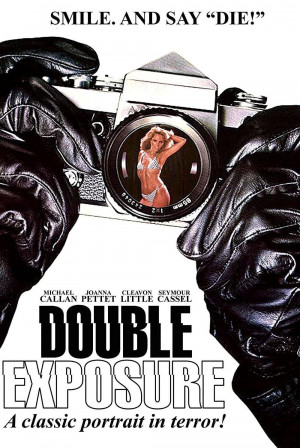 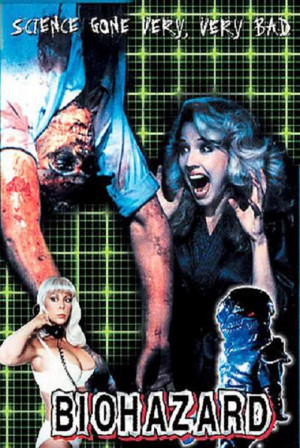