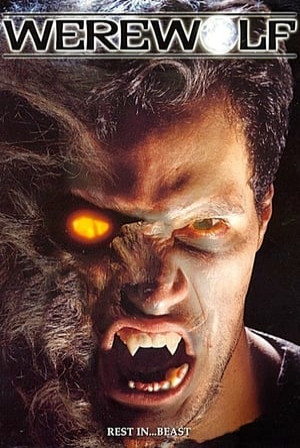 Unscrupulous archaeologists try to take advantage of an outbreak of lycanthropy prompted by the discovery of a werewolf skeleton in the Arizona desert.

Archaeologists working in the Arizona desert find a skeleton that appears to be a werewolf. The ill-tempered foreman, Yuri (Jorge Rivero) gets into a fight with his crew: Tommy (Jules Desjarlais), Joel (Joe Estevez), and Bill (Randall Oliver). In the course of the fight, Tommy is scratched by the werewolf skeleton. This greatly alarms his fellow workers, especially Joel, who incredulously utters the word "yetiglanchi." The head archaeologist, Noel (Richard Lynch), dismisses all Native Americans from the site, but in a private meeting later that day, explains that a major problem may be developing; American Indian mythology holds that a "yetiglanchi" is a dangerous individual who takes on predatory lupine characteristics and kills humans.

Tommy is taken to the hospital, where he begins to exhibit signs of lycanthropy. Yuri sneaks into the hospital and appears to facilitate Tommy's transformation. Shortly thereafter, Tommy fully transforms into a wolf and escapes after killing several people, but Joel and Bill are waiting by his house armed with silver bullets, and they kill him in turn.

The action then shifts to a house in suburban Flagstaff, where a writer named Paul Niles (Federico Cavalli) arrives to take up residence. It is explained that the archaeologists have invited Paul to the area for the purpose of publicizing their find and obtaining funding for their continued research. At a party, Paul is introduced to another foreign-sounding member of the team, Natalie Burke (Adrianna Miles), and he takes a romantic interest in her. Yuri is expelled from the party after sexually harassing Natalie, but improvises a plan to create a new werewolf out of an unsuspecting security guard (director Tony Zarrindast). Yuri is again successful in doing so, but this werewolf attempts to drive his car, and shortly meets his death by running into a stack of flammable oil barrels that were inexplicably placed in the middle of the road.

The following day, Paul visits the lab at Natalie's invitation and is violently attacked by Yuri, who strikes him with the werewolf skull. Paul almost immediately begins showing signs of lycanthropy, even as Natalie attempts to comfort him through an encounter implied to be sexually intimate. An extended series of scenes show Paul's temperament and physical appearance changing, even as Paul himself remains frightened by the sudden changes. Finally, at a pool hall where Natalie and Yuri are both present, Paul transforms fully into a werewolf, turns feral, and runs out into the streets on a rampage. He assaults several anonymous people and characters from earlier in the film's action, but runs into the woods without a confirmed kill.

Yuri and Noel speak on the phone about capturing Paul and exhibiting him as a freak show, but this enrages Natalie, who wishes to save Paul from such a fate. A chase scene ensues in which Yuri attempts to follow Paul into the desert brush, but Paul locates Yuri and violently kills him. Natalie arrives on the scene late, sees Yuri's dead body, and then returns to Paul's apartment. In a twist ending, Paul takes Natalie by the hand romantically, and it is slowly revealed that both of them are now werewolves.