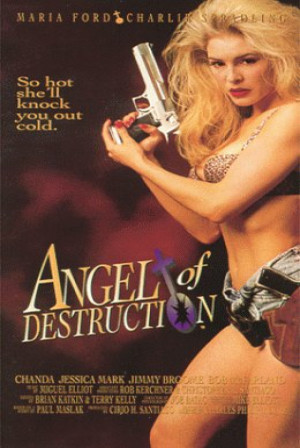 A controversial rock star Delilah, is hoping her new upcoming album will give her success after a previous two failed albums. After a topless cabaret/glam-metal performance at a local S&M club, she finds a finger with a ring in a box left for her within the dressing room. The sender is a psychotic fan Robert Kell, a sexual predator/mercenary/ex-military man in town, who has returned to the area to seek revenge on various underworld mobsters who "left his men to die in Angola", during the Angolan War of Independence.

This situation leads Delilah, and her lover/co-conspirator Reena, to seek a female bodyguard for protection. She has a dislike of the police, as her father was a cop, and he had once raped her. They seek undercover cop Brit Alwood, who agrees to take the case. However moments after the pair leaving Alwood's office, Brit is killed by Kell.

At the same time Danny Marcus, Delilah's manager and abusive lover, starts causing problems for the talent when her record label owner Sonny Luso wants her to change her bad girl image. Sonny stands to lose $2 million if she won't change her image and the new album fails. He could collect $1.5 million on an insurance policy if she winds up dead – which leads to an assassination attempt that is thwarted by both Jo and Kell, who she believes is trying to save Delilah for a sick and twisted fantasy finale.