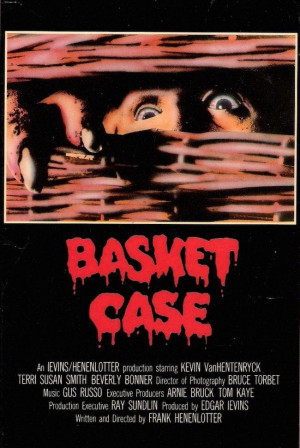 A young man carrying a big basket that contains his deformed Siamese-twin brother seeks vengeance on the doctors who separated them against their will.

Duane Bradley arrives in New York City with a locked wicker basket. After he gets a room at a cheap hotel, the contents of the basket are finally revealed: in it lives his deformed conjoined twin brother, Belial. Although conjoined at birth, the twins were surgically separated at an early age against their will, and Belial deeply resents being cut off from his normal-looking brother.

As the twins seek revenge against the doctors responsible for their separation, Duane befriends a nurse, Sharon. Jealous, Belial attacks and kills her when he becomes frustrated with his inability to rape her. Enraged at his brother for his actions, Duane attempts to kill Belial, which results in the two brothers falling from a hotel window.