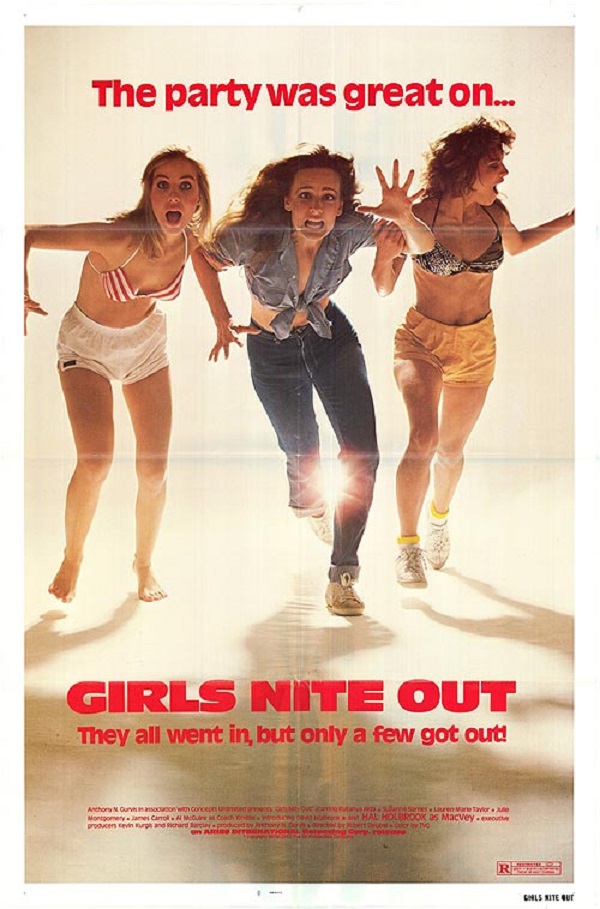 The day after a huge party a scavenger hunt is held. Every college-age kid in town is out for the grand prize. One-by-one they are all dispatched by a killer in a giant bear suit. But who is it?

The day after a homecomming basketball game and the victory party, an all-nighter scavenger hunt is held on the campus of a small Ohio collge. But also in attendence is a killer, wearing the dancing bear costume of the school mascot whom gets killed, is around stalking a number of cheerleaders and killing them with a variety of sharp knifes. The campus chief securty officer Mac (Hal Holbrook) whose daughter was a victim of a similar killer, tries to find out whose behind it before more killings happen.

After reading the reviews here on the imdb for this movie, I feel I have to step in the redress the balance somewhat! Sure, this isn't "Gladiator" but it's one of the better teen slashers from the eighties and doesn't deserve the mauling it's received here.

The plot - a menacing killer picking off university co-eds during a scavenger hunt - is just a credible as the more popular storylines in slashers like "Prom Night" and "Friday The 13th" and the direction from Robert Deubel generates many decent jolts and suspense. Everything moves at an entertaining pace upto a satisfying finale with a neat little twist.

I'm a big fan of these campus slasher pics - other fine examples being "Final Exam" and "Graduation Day" - and, for me, this was one of the best ones from the eighties. It may look a little dated now we've seen the "Scream"s and "I Know.."s of the late nineties but I'm sure most fans of this nifty horror subgenre will enjoy. Recommended.

This film is an odd little piece of horror history. It stars Hal Holbrook (Creepshow), Rutanya Alda (Mommie Dearest)and Julia Montgomery (Revenge of the Nerds) and features a murderer wearing a dancing bear costume. The murder sequences are goofy but then again so is the entire film. Like a train wreck, you will not be able to take your eyes off of it and the bizarre musical score and odd sense of humor make this a fun little horror gem to have around the house. The film centers around a series of murders taking place on a college campus during their annual "scavenger hunt"...and just when you think you know who the murderer is, the film springs the classic horror movie "surprise" twist ending on you that makes you scratch your head and say "Huh?" This is an excellent "party" film since you really don't have to pay all that much attention to it. Recommended for fans of the "slasher film" genre.

I've seen nothing but poor reviews for this movie all over the internet, and after finally watching it I have absolutely no clue why. "Girls Nite Out" not only contains every element of a good slasher flick, but most of the elements and nuances of a GREAT slasher flick. After popping in the original VHS of the film that I recently acquired, the grainy, dark atmosphere was immediate.

A college is having it's annual sorority scavenger hunt on campus, but someone is picking the girls off one by one. There are multiple events leading up to the scavenger hunt that create quite a wide range of suspects, and I absolutely did not guess the killer, something that is rare for me after having seen so many movies in the genre. Once the bear suit was donned by the murderer and the knife hand was made (so perfect, bravo), I truly knew I was dealing with something out of the norm. The bear suit is comical, but is at the same time very twisted, lulling the victims into security and having "that look" to it.

While the plot itself is not too out of the ordinary, character relationships, legitimate suspenseful moments and a dark atmosphere work for this film. The ending is also highly noteworthy and creepy, although it does borrow from "Psycho" quite a bit (what doesn't?). There is no nudity, and no gore aside from lots of blood, but not even this bothered me. The bear grabbing the victims and whispering misogynistic rants is quite perfect enough. The tie in to the history mentioned throughout the movie of the other crime is fully realized, and I was not bored even though there are multiple extended scenes of partying, dialog and walking.

"Girls Nite Out" might just be THE most criminally underrated slasher film I've seen so far. Most of the harder to find and obscure titles in the genre are buried deep for a reason, but "Girls Nite Out" is a shining example of what atmosphere, creativity, character development and a great ending can do for an otherwise basic film. Don't let IMDb or some horror blog fool you, this one is crucial.

Not A Bad Slasher Flick!

This 1982 horror film stars Julia Montgomery, James Carroll, Suzanne Barnes and Hal Holbrook. This begins at a psychiatric hospital where a patient has committed suicide. Soon, a killer stalks a group of college students who are having an all-night scavenger hunt. The killer decides to dress up as their university's bear mascot. Montgomery (Revenge of the Nerds) plays Cheerleader, Lynn, Carroll plays her jock boyfriend, Teddy, Barnes plays Dawn, a girl Teddy befriends, Holbrook (Creepshow, The Fog) plays campus-security guard, MacVey and Holbrook's son, David (Creepshow 2) also appears as student, Mike. This isn't a bad slasher flick with a decent cast, chilling score and some bloody kills along with some goofy moments. Horror/slasher buffs should check it out at least once.

man, this had to be one of the coolest slashers from the 1980s, it was fun, entertaining, fast paced, and all around a fine movie. another thing i liked about it was that it was hard (well at least for me) to guess who the killer was and i was totally surprised at who it was. but i wont ruin it for you! the only real problem i had with this movie was the acting, most of it was wooden, but unlike most people i won't really let that ruin a movie for me and it has hal holbrook! HOW CAN YOU SAY NO TO HIM? HOW? um so yeah, if you like 80s horror/slashers and are easily entertained (like me) you should probably enjoy this slice of 1980s cheese.

#3 of my favorite 80s slasher movies

This is the third best slasher films in the 80s (F13 being the first and Prom Night being 2nd). Sure, the killer's bear costume is dorky, but it doesn't harm the film of scares and cool death scenes.

A vicious psycho wearing a beat suit stalks and slaughters cheerleaders on a college campus during a scavenger hunt. It's up to security guard Mac (sturdy work by the always dependable Hal Holbrook) to stop the wacko. Director Robert Duebel relates the absorbing story at a steady pace, stages the bloody'n'brutal murders with nasty aplomb (the maniac screaming harsh words like "whore" and "slut" while butchering the gals adds an extra unsettling misogynistic edge), generates a good deal of tension and dark atmosphere, makes fine use of the college location, and comes through with a supremely creepy mood for the genuinely surprising ending, with a real doozy of a chilling final image. The solid acting from a capable cast holds the picture together: Julia Montgomery as the perky Lynn Connors and James Carroll as likable jock Teddy Ratliff make for appealing leads, David Holbrook delivers a suitably smarmy turn as obnoxious oddball jerk Mike Pryor, Richard Bright does well as the hard-nosed Detective Greenspan, and Rutanya Alda contributes a winningly spirited performance as friendly cafeteria waitress Katie "Barney" Cavanaugh (plus Alda really cranks the ferocious intensity to the alarming ninth degree at the jolting conclusion!). The college students are an engagingly goofy bunch; their wacky antics in the first half are pretty amusing and thus give the much more serious and harrowing second half an additional savage punch. The inspired use of bouncy and upbeat golden oldies songs on the soundtrack provides a further effective contrast to the ugly killings. Slice'n'dice fans will enjoy seeing Friday the 13th Part 2's Lauren-Marie Taylor and The Burning's Carrick Glenn as two of the psycho's victims. The shadowy cinematography by Joe Rovers rates as another definite asset. Kudos are also in order for the eerie score that largely consists of hellish moaning and groaning noises. And the bear suit the nutjob somehow manages to work, too, thanks mainly to the wicked Freddy Krueger-style knives on its paws and those strange googly large greenish yellow eyes. A worthwhile body count opus. 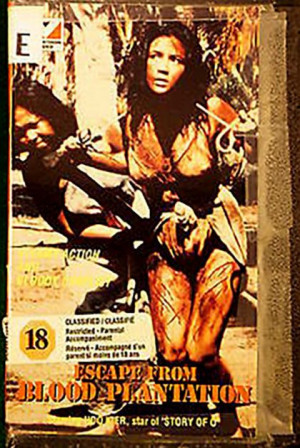 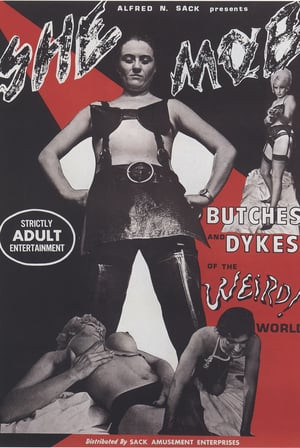 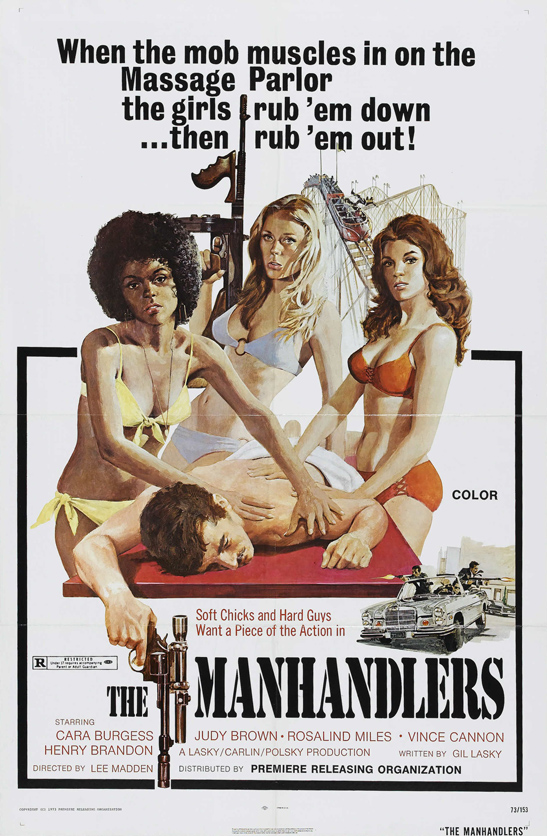 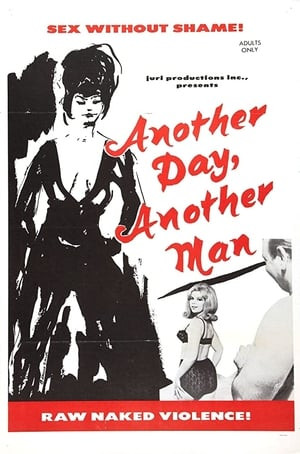 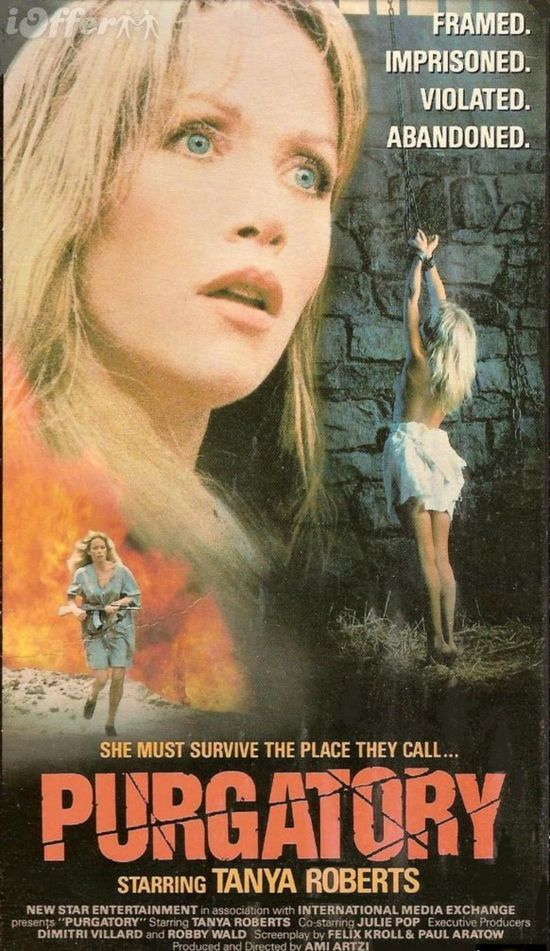 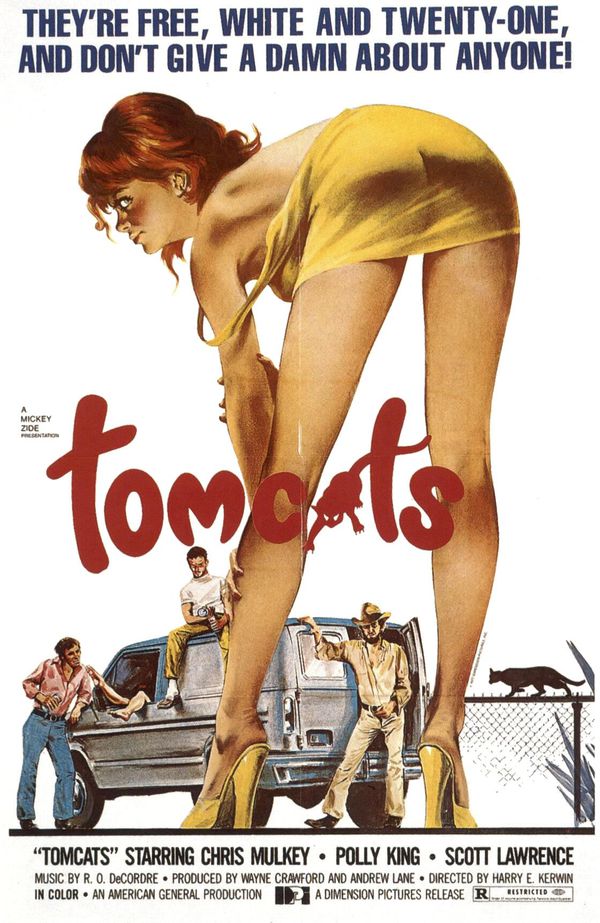