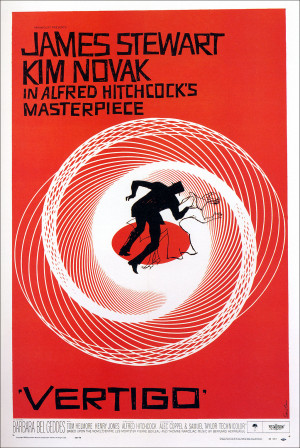 A retired San Francisco detective suffering from acrophobia investigates the strange activities of an old friend's wife, all the while becoming dangerously obsessed with her.

After a rooftop chase, where a fellow policeman falls to his death, San Francisco detective John "Scottie" Ferguson retires due to fear of heights and vertigo. Scottie tries to conquer his fear, but his ex-fiancée, underwear designer Marjorie 'Midge' Wood, says that another severe emotional shock may be the only cure.

Gavin Elster, an acquaintance from college, asks Scottie to follow his wife, Madeleine, claiming that her mental state was abnormal and could put her in danger. Scottie reluctantly agrees and follows Madeleine to a florist where she buys a bouquet, to the Mission San Francisco de Asís and the grave of one Carlotta Valdes (1831–1857), and to the Legion of Honor art museum where she gazes at the Portrait of Carlotta. He watches her enter the McKittrick Hotel, but, upon investigating, she does not seem to be there.

A local historian explains that Carlotta Valdes committed suicide: she had been the mistress of a wealthy married man and bore his child; the otherwise childless man kept the child and cast Carlotta aside. Gavin reveals Carlotta (who he fears is possessing Madeleine) is Madeleine's great-grandmother, although Madeleine has no knowledge of this and does not remember the places she has visited. Scottie tails Madeleine to Fort Point, and, when she leaps into the bay, he rescues her.

The next day Scottie follows Madeleine; they meet and spend the day together. They travel to Muir Woods and Cypress Point on 17-Mile Drive, where Madeleine runs down towards the ocean. Scottie grabs her, and they embrace. The following day, Madeleine visits Scottie and recounts a nightmare, and Scottie identifies its setting as Mission San Juan Bautista, the childhood home of Carlotta. He drives her there, and they express their love for each other. Madeleine suddenly runs into the church and up the bell tower. Scottie, halted on the steps by his acrophobia, sees Madeleine plunge to her death.

The death is declared a suicide. Gavin does not fault Scottie, but Scottie breaks down, becomes clinically depressed and is in a sanatorium, almost catatonic. After release, Scottie frequents the places that Madeleine visited, often imagining that he sees her. One day, he notices a woman who resembles Madeleine and follows her. She identifies herself as Judy Barton, from Salina, Kansas.

A flashback reveals that Judy was the person Scottie knew as "Madeleine Elster"; she was impersonating Gavin's wife as part of a murder plot. Judy drafts a letter to Scottie explaining her involvement: Gavin had deliberately taken advantage of Scottie's acrophobia to substitute his wife's freshly killed body in the apparent "suicide jump." But Judy rips up the letter and continues the charade because she loves Scottie.

They begin seeing each other, but Scottie remains obsessed with "Madeleine" and asks Judy to change her clothes and hair to resemble Madeleine. After Judy complies, hoping that they may finally find happiness together, he notices her wearing the necklace portrayed in Carlotta's painting and realizes the truth and that Judy had been Elster's mistress before being cast aside just as Carlotta was. Scottie insists on driving Judy to the Mission.

There, he tells her he must re-enact the event that led to his madness, admitting he now understands that "Madeleine" and Judy are the same person. Scottie forces her up the bell tower and makes her admit her deceit. Scottie reaches the top, finally conquering his acrophobia. Judy confesses that Gavin paid her to impersonate a "possessed" Madeleine; Gavin faked the suicide by throwing his wife's body from the bell tower.

Judy begs Scottie to forgive her because she loves him. He embraces her, but a shadowed figure rises from the tower's trapdoor, startling Judy, who steps backward and falls to her death. Scottie, bereaved again, stands on the ledge while the figure, a nun investigating the noise, rings the mission bell. 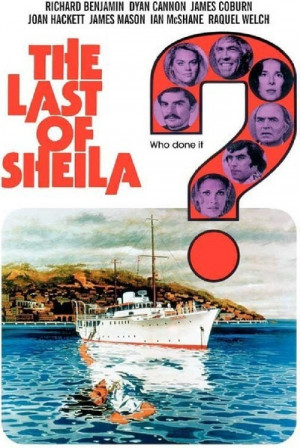 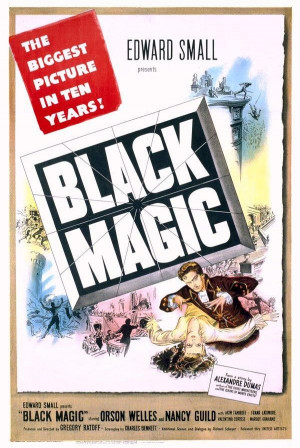 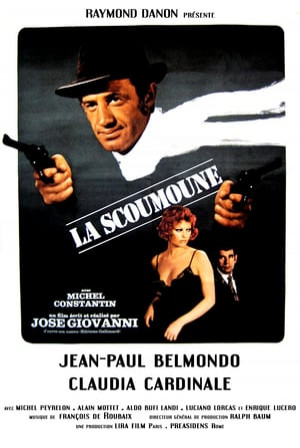 For more than 15 years, two Marseille friends and criminals battle the law, rival gangs, prison authorities and even mined beaches in order to survive. 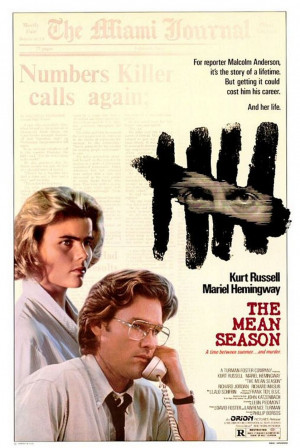 A routine investigation of a shocking murder takes a bizarre twist when the killer contacts the reporter and appoints him his pers...More 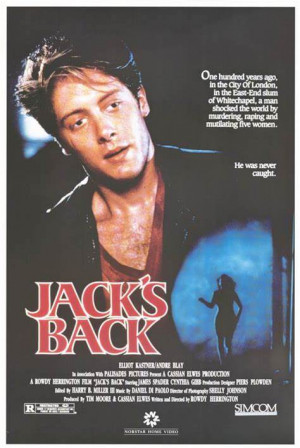 A serial killer in Los Angeles celebrates Jack the Ripper's 100th birthday by committing similar murders and only one has a chance of stopping him. 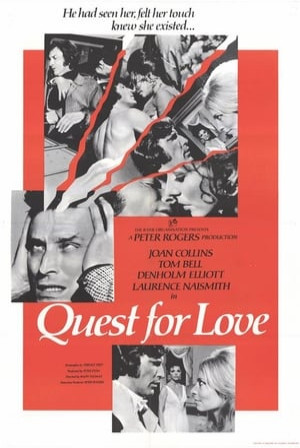 Colin Trafford (Tom Bell) is a British physicist who discovers an alternate world parallel to his own reality. In this other world,...More