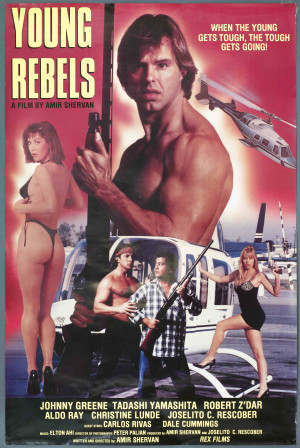 A guy owes some mobsters some money. He gets his bad ass brother involved. The deadbeat non-payer gets murdered. Brother then gets really angry and with his friends, decides it’s time to take the mobsters down.

Two brothers named Ben and Charlie, Ben is a young man that is about to be married to a beautiful woman named Jennifer. Ben and Jennifer have their whole lives ahead of them, but a foolish decision Ben made in the past comes back to haunt him. Ben had borrowed money from a nefarious criminal named Mr. Vincenzo. Vincenzo cuts a deal with Ben, if Ben can get his brother Charlie to fly in some drug kingpins from Mexico, then Vincenzo will absolve Ben of all his debt and even throw in an extra $25,000 for Charlie’s troubles.

Charlie, who has a reputation for being the best chopper pilot around, agrees to help out his younger brother. But when things go south south of the border, Vincenzo ends up wanting both Ben and Charlie dead. Vincenzo gets half his wish, when Ben and his bride-to-be Jennifer are killed by Vincenzo’s son Joey (played by Robert Z’Dar) . Now Charlie wants Vincenzo and his crew dead as much as Vincenzo wants Charlie dead. Something has gotta give.